Many stores and restuarants surround and cater to residents in Sawgrass. One of the main shopping areas is Sawgrass Village Mall. Sawgrass Village is anchored by a Publix Grocery Store, and includes an ABC Liquor Store, CVS Pharmacy, a Chico’s clothing store, as well as several restaurants and quiet a few boutique stores. The property underwent a complete renovation in 2014 and 2015, and a modern upscale outdoor retail center is quickly emerging as the finest shopping strip in all of Ponte Vedra.

The Sawgrass Beach Club is the exclusive security gated beach front Club for members and residents of Sawgrass Country Club. The community is situated along 1,600Ft. of unspoiled private Florida coastline, and features several oceanfrong condominium buildings and villas, as well as the Sawgrass Beach Club. The original Sawgrass Beach Club first opened in 1975 with a swimming pool and basic amenities. It was then remodeled in 1980 to include dining for 130 and lounge seating for an additional 70. It is currently undergoing another renovation to be completed in March 2016. Today, the 24,000 SqFt clubhouse boasts several dining options, as well as an Olympic size-plus family pool, a beach-side adults-only Oasis pool, showers and changing rooms.

The Stockton Family has a rich history in Northeast Florida dating back to the late 19th century. James Stockton Sr. was brought on to manage the development of an exclusive resort, the Ponte Vedra Club during the 1930’s. Stockton Sr. eventually purchased the Ponte Vedra Club in 1942 for $500,000. As the community north of Sawgrass slowly developed, the land for Sawgrass remained undisturbed for many years.

James Stockton Jr., also part of the family firm, left his father’s firm to form his own development company in 1966. At that time he purchased 600 acres of wilderness land on the west side of Ponte Vedra Boulevard and 1,600 feet of oceanfront land on the east side of the boulevard for the meager sum of $600,000. Another 500 – 600 acres West of the original parcel purchase was added shortly thereafter, and in 1971 Stockton Properties was created with the idea of developing Sawgrass Country Club (East of A1A).

In 1972, Stockton and his development firm broke ground on the 1,100-acre Sawgrass Country Club development. The next year, developers Paul and Jerome Fletcher bought 5,300 acres west of AlA from Land Corporation of America. The property included an 18-hole golf course as well as an an apartment complex, both called Thousand Oaks. When the Fletchers submitted a development plan for the huge parcel in the mid-70s, it called for 14,000 modular homes. The Caballos Del Mar Development of Regional Impact was one of the earliest large scale planned communities in the State of Florida. The first homes, along with the existing club and golf course, were known as Innlet Beach. Eventually, Innlet Beach became part of the Oakbridge community and The Thousand Oaks golf course eventually became Oakbridge, and is now part of the Ponte Vedra Golf and Country Club inside the Players Club.

Around the same time the Fletchers purchased the land West of A1A, Deane Beman, the Commissioner of the PGA Professional Golf Tour, was looking for a permanent home for the Tournament Players Championship (TPC). In an attempt to bring positive attention to the area, Sawgrass developers offered a 400-acre tract of land to Deane for only $1. He couldn’t refuse this One Dollar Deal, and Sawgrass became the home of the Tournament Players Championship and the headquarters for the PGA Tour. This same parcel is also home to the Stadium Course, which is the site of The Players Championship golf tournament held every spring.

The 1979 completion of J. Turner Butler Boulevard linked Ponte Vedra to Jacksonville, and opened the area to quickly develop. The massive Caballos Del Mar development was split in 1980, when 1,300 acres was sold to Arvida Corp. The name Sawgrass, acquired by Arvida when it bought Stockton’s development from a banking group in 1977, became part of the new community, as well as Marsh Landing, the 1,200 acres the Fletchers kept and developed.
Arvida developed the parcel as a private access community, building what is now PGA TOUR Boulevard and adding security gates at Solana Road (in front of Marsh Landing entrance) and the southern entrance on AIA.

Sawgrass Village shopping center, located near the southern entrance to Players Club off A1A, opened in 1984. Three years later, the Marriott at Sawgrass Resort opened in the shadow of the PGA TOUR headquarters, which relocated from Washington, D.C., in 1979. In recent years, the Marriott has expanded to include a spa, ballroom and additional conference center and meeting rooms. Sawgrass Village underwent a major renovation in 2015 and is home to many retailers and restaurants and also includes a Hilton Garden Inn.

TPC Sawgrass opened for play in 1980 and in November 2006 also completed a major renovation. The club  features the Pete Dye/Bobby Weed-designed Valley Course as well as the the state-of-the-art Tour Academy teaching facility. Travel + Leisure Golf’s recently named the TPC the number 1 rated golf course in Florida and also had accolades for the nearby Marriott Sawgrass Golf Resort & Spa, which was ranked as the top golf hotel in Florida. Please note that we are NOT affiliated with the builders in Sawgrass Community and we are not associated with the developer in any way. 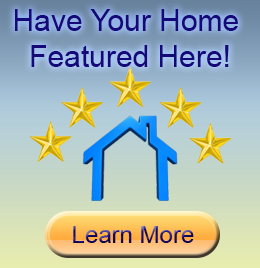